Abolition Row Park In The News

Design of Park to be Discussed

Call For Artists: Create a permanent original artwork of a young Frederick Douglass

The New Bedford Historical Society is developing Abolition Row Park on a blighted corner lot in the city’s downtown core in the Seaport Cultural District and just a short walk away from the heart of Downtown New Bedford. The lot sits across the street from three buildings on the National Register of Historic Places and includes the Nathan and Mary Johnson properties (1810) and the Friends Meeting House (1820), noted because of their importance to New Bedford’s Anti-slavery movement and the Underground Railroad.

The Johnson House was home to African American abolitionists Nathan and Mary Johnson and served as an active Underground Railroad station. The Johnson House was the first home in freedom for Frederick and Anna Douglass who escaped enslavement from Maryland to New Bedford in 1838. New Bedford celebrated the 200th anniversary of the birth of Douglass, the great orator, writer, humanitarian and civil rights leader with its first Annual Frederick Douglass Day in September 2018.

Abolition Row Park will create a new park that highlights the local history of the anti-slavery movement and the abolitionists that lived along Seventh Street, many who were neighbors and business partners of Nathan and Mary Johnson. The park will be a gateway to a new local historic district that will focus on 4 blocks of well-preserved homes that belonged to some of New Bedford’s founding families and to several of the 19th century anti-slavery advocates.

Photos from the Groundbreaking: 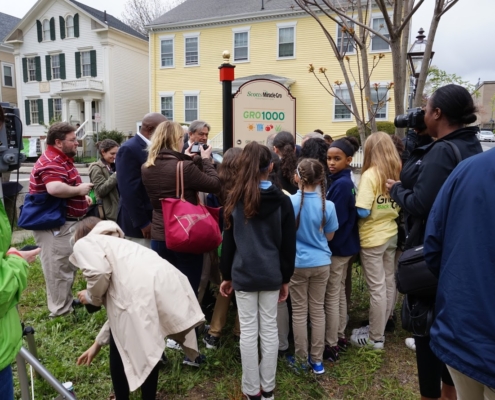 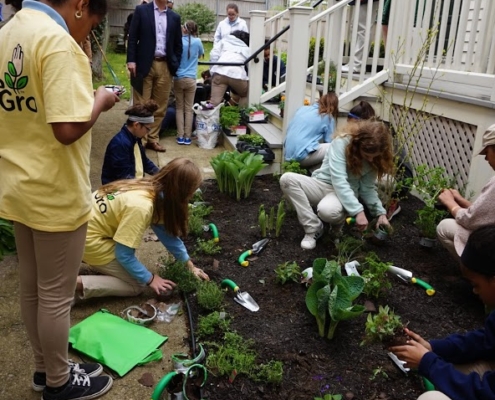 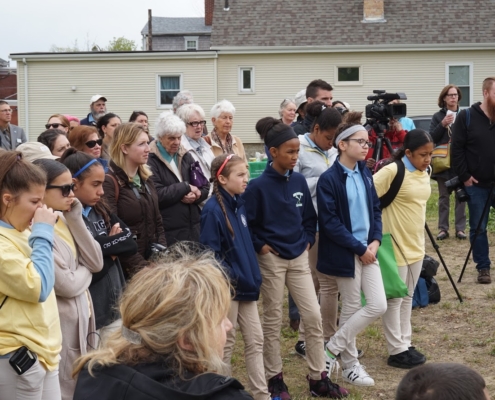 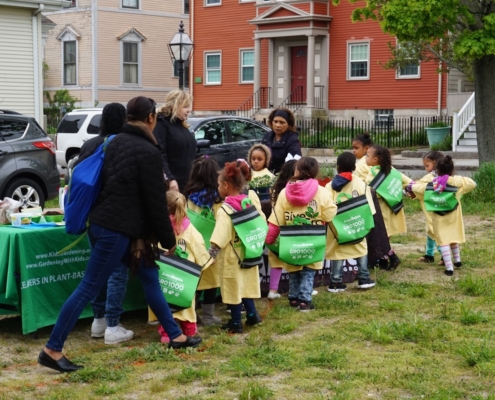 The Park will include many elements to make it not only a historical attraction for residents and visitors alike but also a destination for folks traveling to and touring the New Bedford Historical District and Waterfront;

There, in New Bedford, the black man’s children—although anti-slavery was then far from popular—went to school side by side with the white children, and apparently without objection from any quarter. To make me at home, Mr. Johnson assured me that no slaveholder could take a slave from New Bedford; that there were men there who would lay down their lives, before such an outrage could be perpetrated. The colored people themselves were of the best metal, and would fight for liberty to the death. . . . [they] are educated up to the point of fighting for their freedom, as well as speaking for it.

—Frederick Douglass, My Bondage and My Freedom (1855)